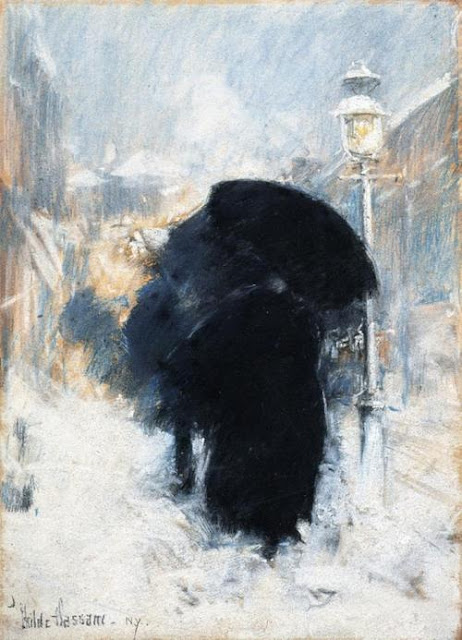 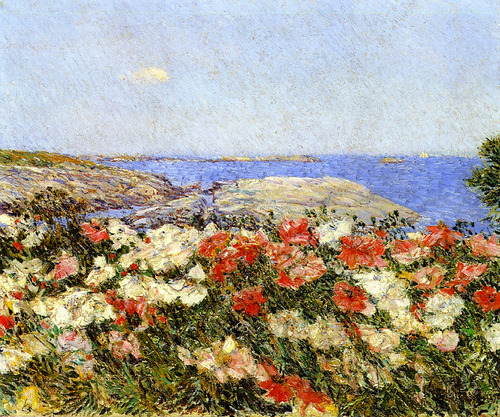 Poppies on the Isles of Shoals, 1890
National Gallery of Art, Washington 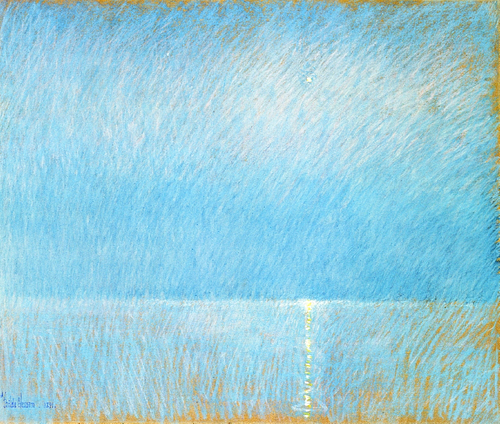 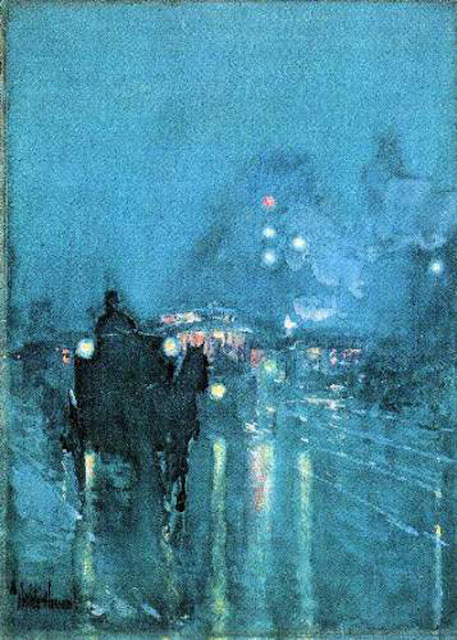 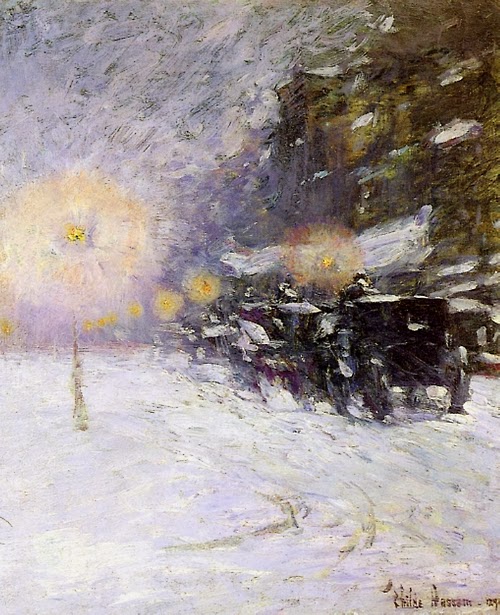 One of Hassam’s more typically impressionistic works, this painting gives the viewer a pretty, appealing view of a New York street filtered through a sparkling winter storm. By this point, Impressionism was not considered radical; artists could go to schools set up to teach an impressionistic style of painting (such as William Merritt Chase’s summer art school in Shinnecock, Long Island), and it was becoming widely accepted as an academic style. 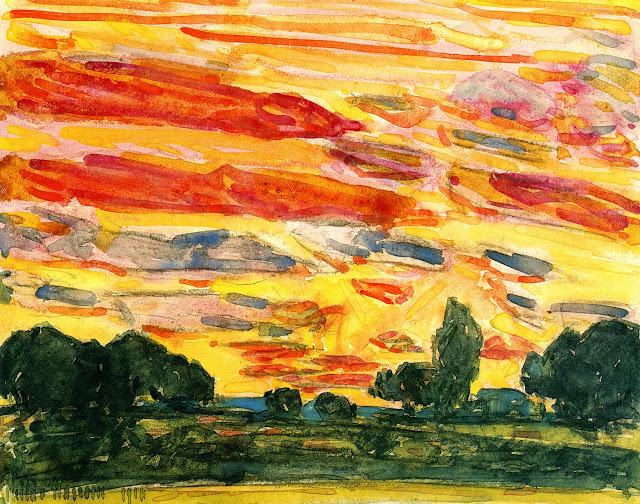 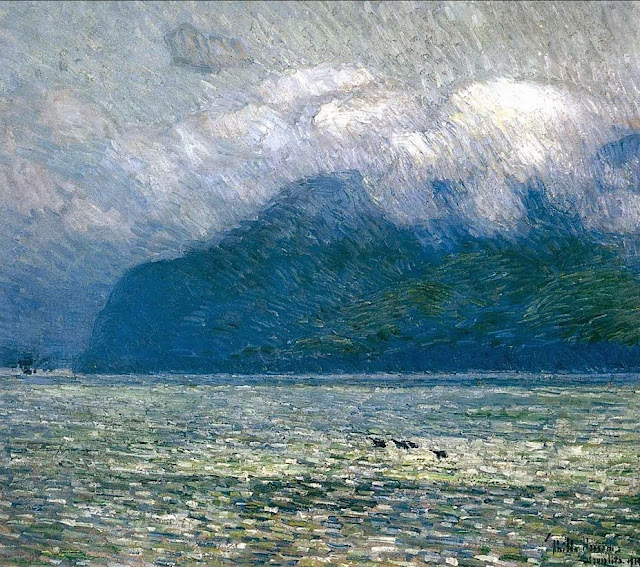 The Silver Veil and the Golden Gate 1914 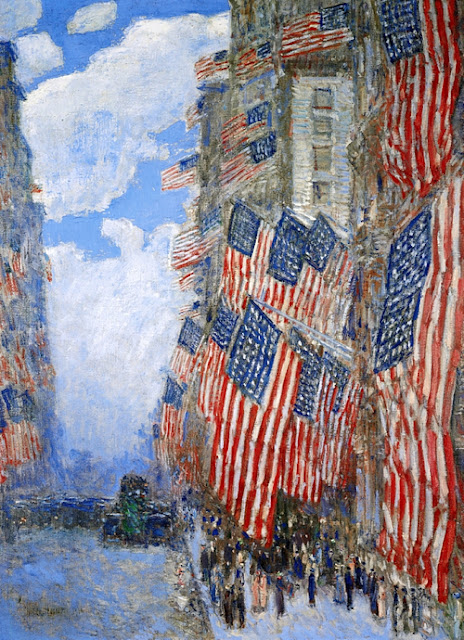 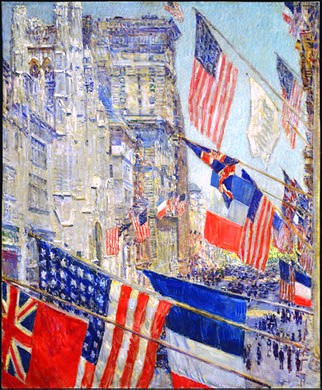 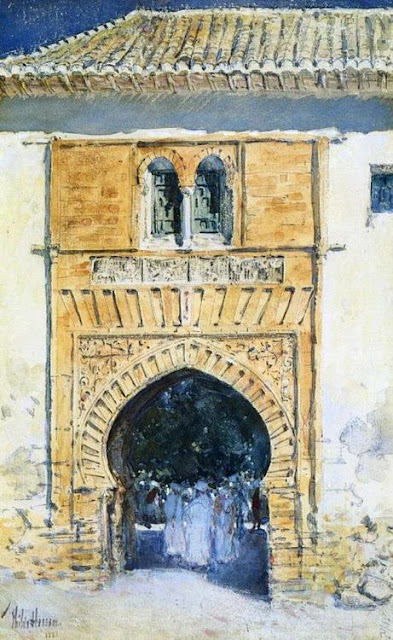 Gate of the Alhambra 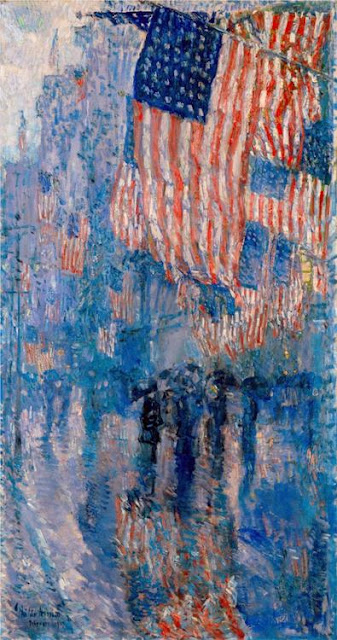 The Avenue in the Rain 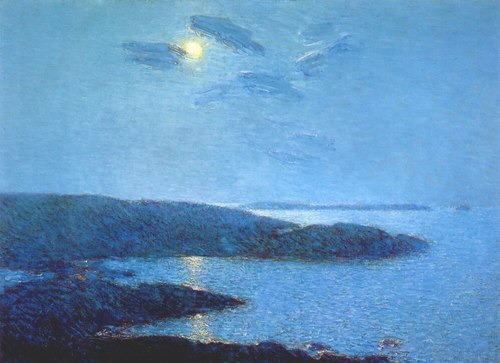 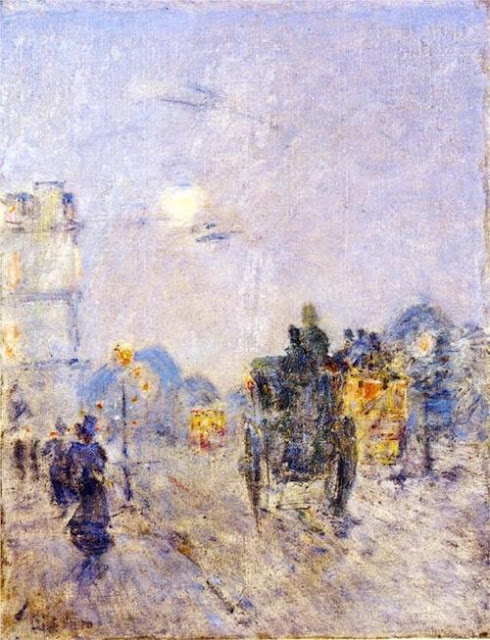 Garden by the Sea, Isles of Shoals 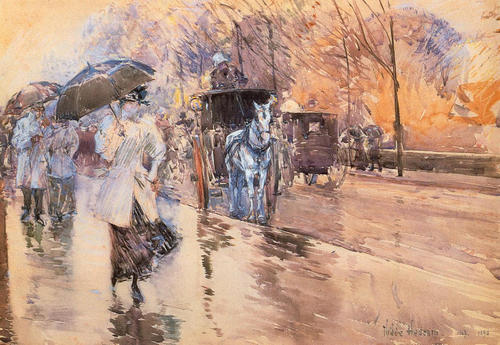 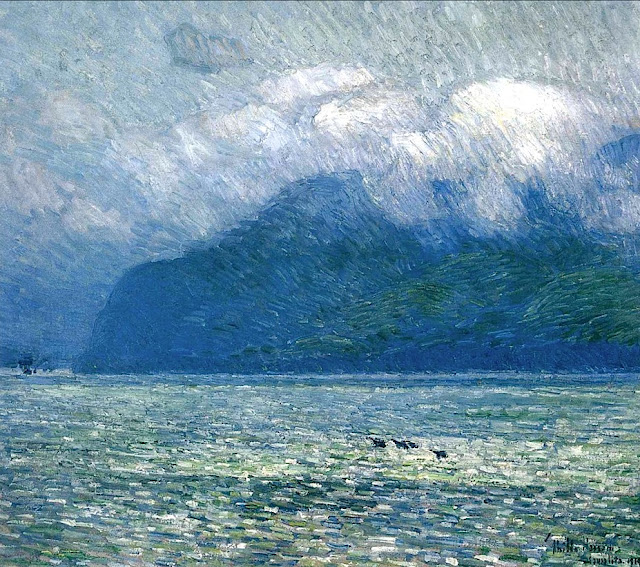 The Silver Veil and the Golden Gate


Frederick Childe Hassam (October 17, 1859 – August 27, 1935) was a prolific American Impressionist painter, noted for his urban and coastal scenes. Along with Mary Cassatt and John Henry Twachtman, Hassam was instrumental in promulgating Impressionism to American collectors, dealers, and museums. He produced over 3,000 paintings, watercolors, etchings, and lithographs over the course of his career, and was an influential American artist of the early 20th century.
source: wikipedia
Pubblicato da Unknown a 6:15 PM