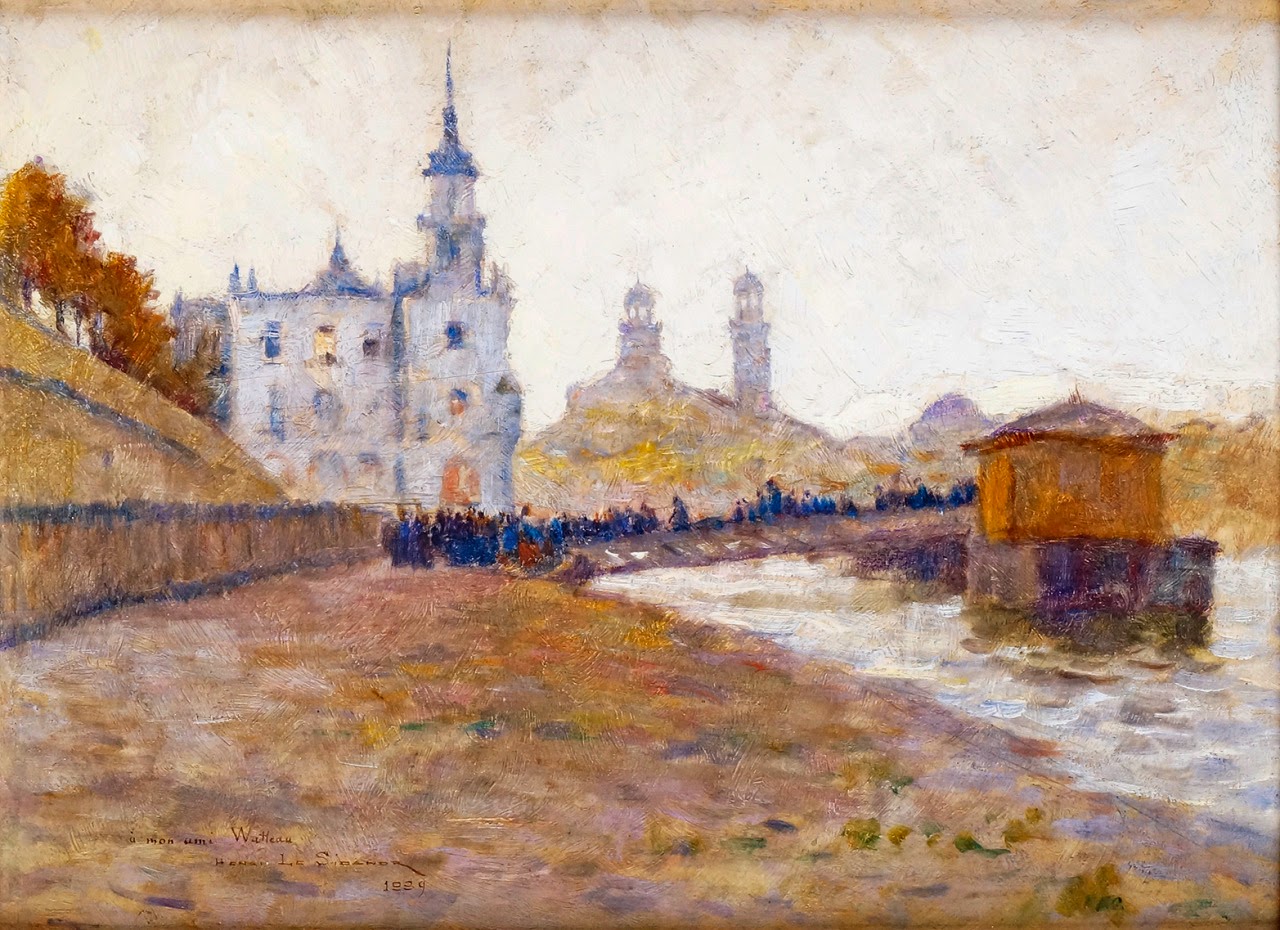 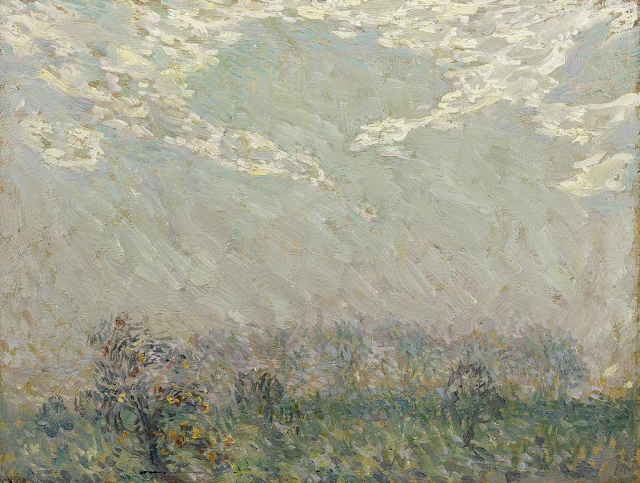 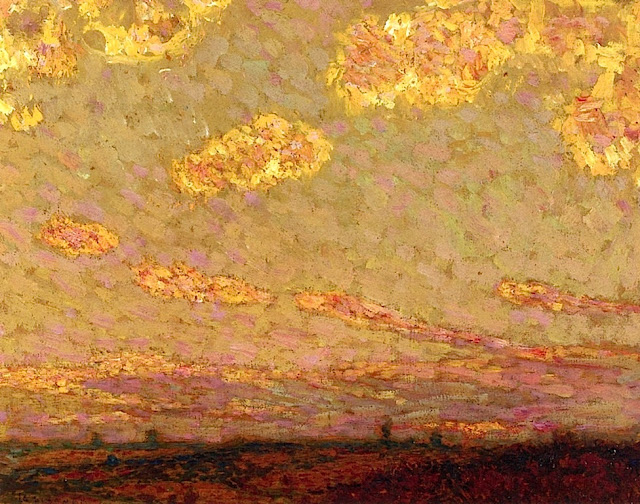 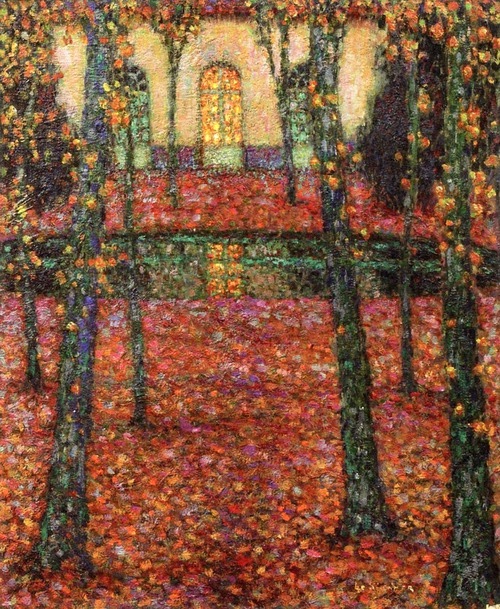 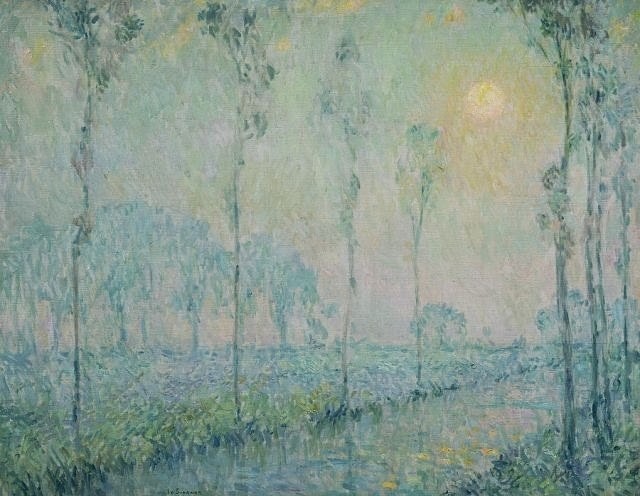 The Stream at Sunset 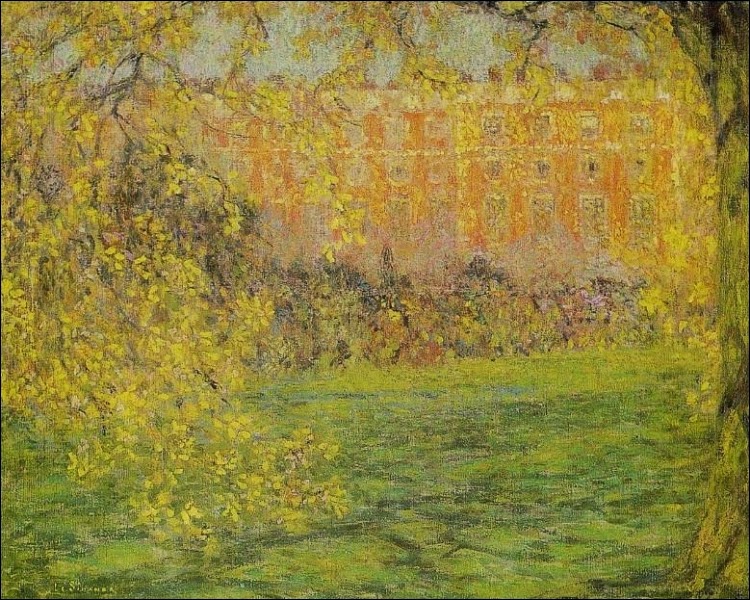 Henri Eugène Augustin Le Sidaner (7 August 1862 – July 1939) was an intimist painter born to a French family in Port Louis, Mauritius. In 1870 he and his family settled in Dunkirk. Le Sidaner received most of his tutelage from the École des Beaux-Arts under the instruction of Alexandre Cabanel but later broke away due to artistic differences.
source: http://en.wikipedia.org/wiki/Henri_Le_Sidaner
Pubblicato da Unknown a 4:36 PM