Monet, a trip in London 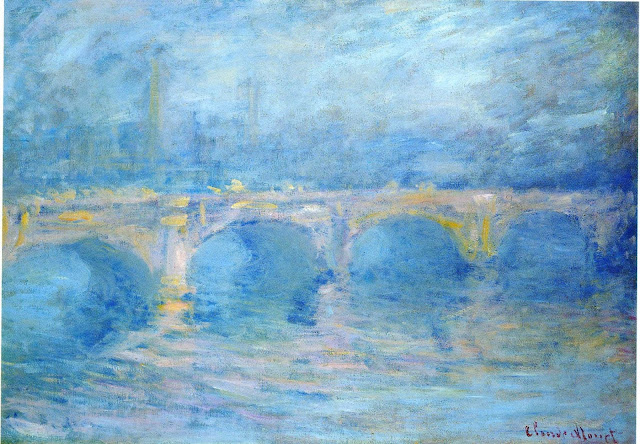 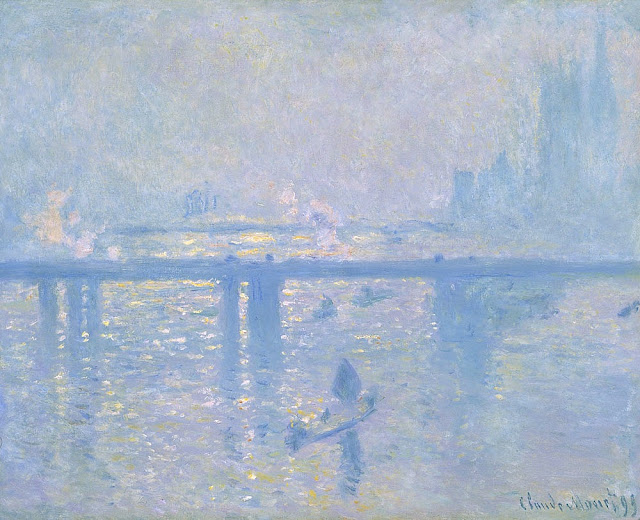 
The artist's trips to London in 1889, 1900 and 1901 seemed to fall always in the foggy season.
From his room in the Savoy Hotel, Monet had a view over the Thames towards Waterloo Bridge. 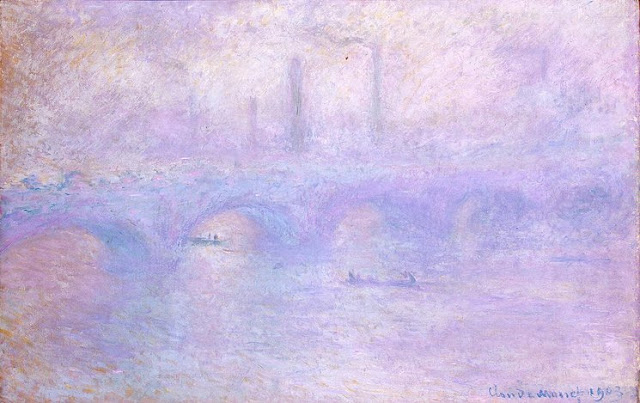 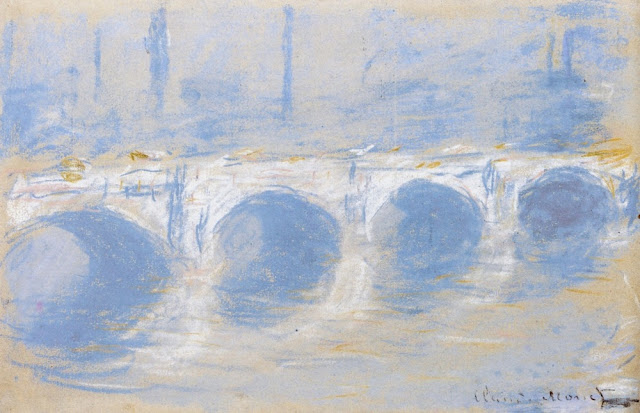 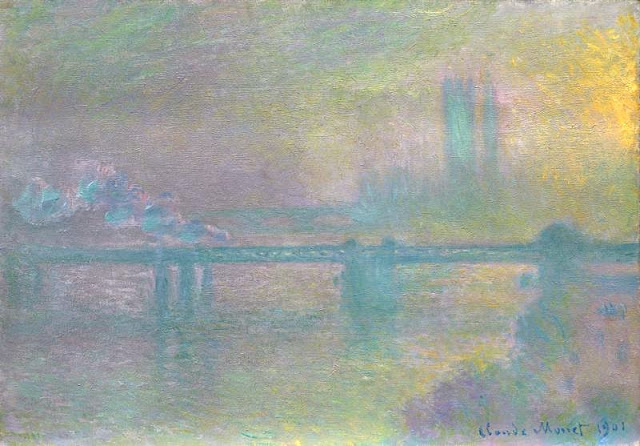 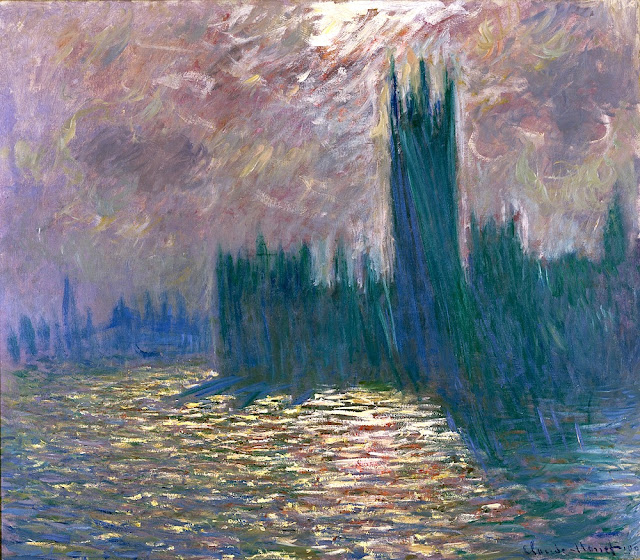 Claude Monet (1840 – 1926), was a founder of French impressionist painting, and the most consistent and prolific practitioner of the movement's philosophy of expressing one's perceptions before nature, especially as applied to plein-air landscape painting. The term Impressionism is derived from the title of his painting Impression, Sunrise (Impression, soleil levant).
This is just one of a series of famous views of London created by Monet during the later Impressionist
period. The urban theme was making its  appearance not for the first time in his work, although Monet
concentrated mainly on rural landscapes. In his cycle of London works, the central motif was the fog, the marvellous  way in which it changed light and air and the very atmosphere, literally swallowing up buildings.
The capturing of the moment's passing impression which gave Impressionism  its name was replaced by an
analysis of complex colour nuances in flickering, changing light.
source: Hermitage