Kazimir Severinovich Malevich (23 February 1879 – 15 May 1935) was a Russian painter and art theoretician. He was a pioneer of geometric abstract art and the originator of the avant-garde Suprematist movement. 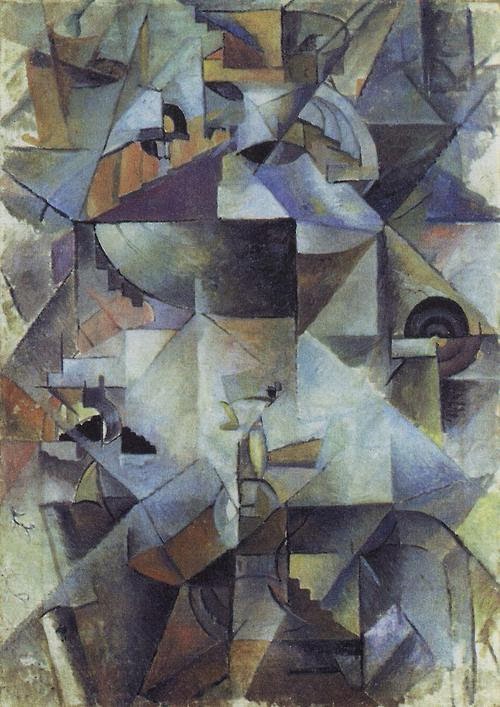 Suprematism (Russian: Супрематизм) was an art movement, focused on basic geometric forms, such as circles, squares, lines, and rectangles, painted in a limited range of colors. It was founded by Kazimir Malevich in Russia, in 1915. The term suprematism refers to an art based upon “the supremacy of pure artistic feeling” rather than on visual depiction of objects
source: http://en.wikipedia.org/wiki/Suprematism

Malevich died of cancer in Leningrad on 15 May 1935. On his deathbed he was exhibited with the black square above him, and mourners at his funeral rally were permitted to wave a banner bearing a black square. His ashes were sent to Nemchinovka, and buried in a field near his dacha. A white cube decorated with a black square was placed on his tomb.

"No phenomenon is mortal," Malevich wrote in an unpublished manuscript, "and this means not only the body but the idea as well, a symbol that one is eternally reincarnated in another form which actually exists in the conscious and unconscious person." 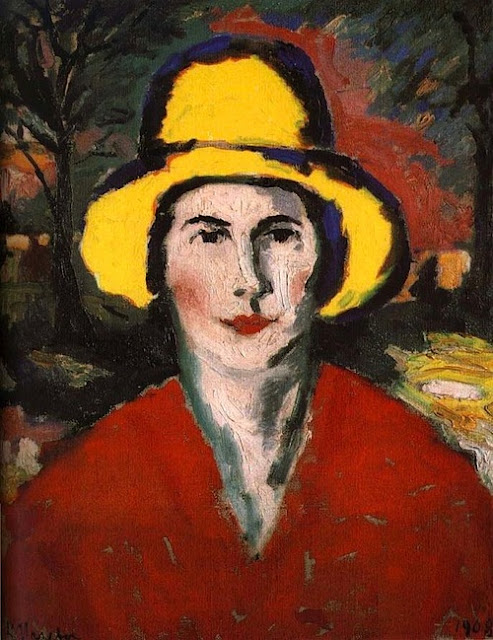 The Woman Wear the Hat in Yellow