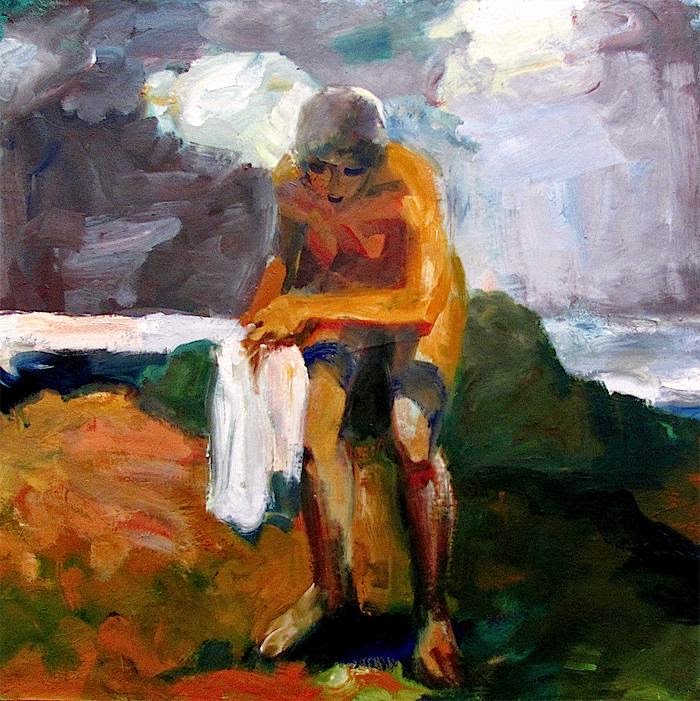 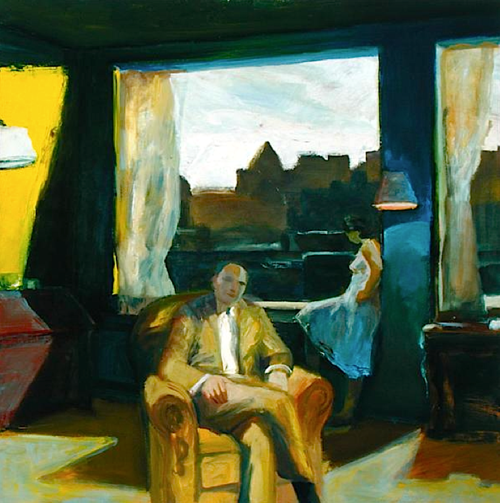 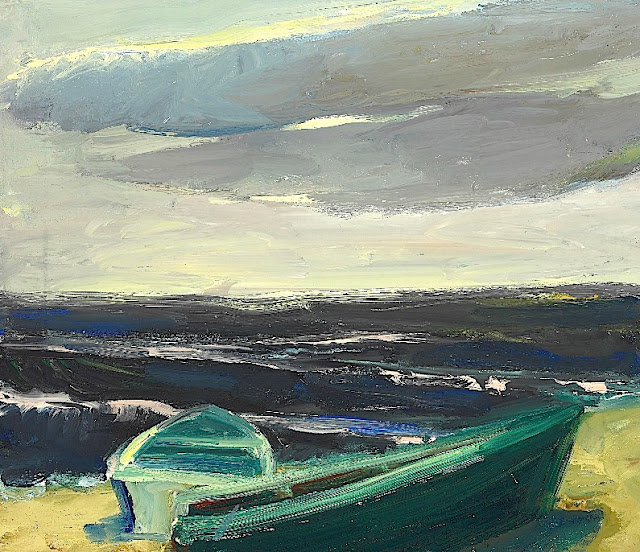 a comment from tumblr:
"Bischoff seemed to hit a sweet spot between figuration and abstraction. He was part of a West Coast group of painters working with and against some of the same stuff the Abstract Expressionists were wrestling with. Diebenkorn and Park are better known but Bischoff was closer to my heart. There’s a quiet, dreamy melancholy in his pictures, some Hopper and some DeKooning and a bit of something else."
Elmer Nelson Bischoff (1916 – 1991) was a visual artist in the San Francisco Bay Area. Bischoff, along with Richard Diebenkorn and David Park, was part of the post-World War II generation of artists who started as abstract painters and found their way back to figurative art. (more on wikipedia)