Alson S. Clark (1876 - 1949) was an American Impressionist painter best remembered for his impressionist landscapes. Born in Chicago, Illinois, his art education included training at the Art Institute of Chicago, the Art Students League of New York, and in the atelier of William Merritt Chase. He spent much of his early career working in Paris, France. He served in the US Army as an aerial photographer during World War I. In 1920 he and his wife relocated to Pasadena, California. He taught fine art at Occidental College, and was director of the Stickney Memorial School of Art in Pasadena.
His memberships in arts organizations included the Pasadena Society of Artists and the California Art Club. His work was included in the Tonal Impressionism exhibition curated by Harry Muir Kurtzworth in 1937, along with the works of Frank Tenney Johnson, Frank Tolles Chamberlain and Theodore Lukits which was held in the Los Angeles Art Association Gallery at the Los Angeles Public Library. 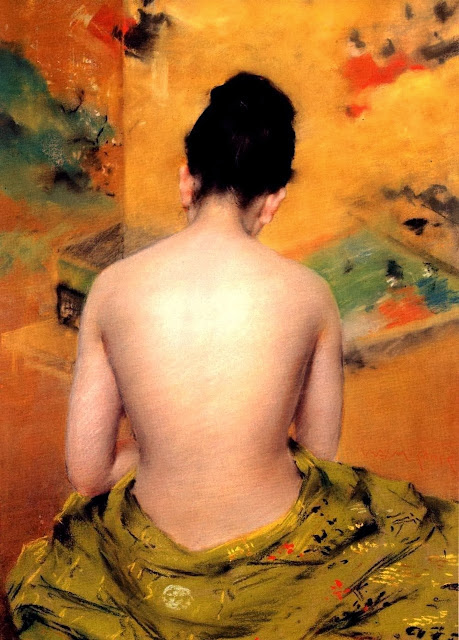 Back of a nude 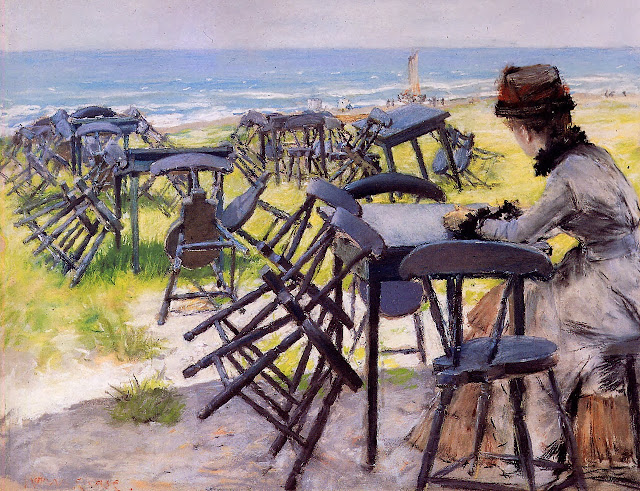 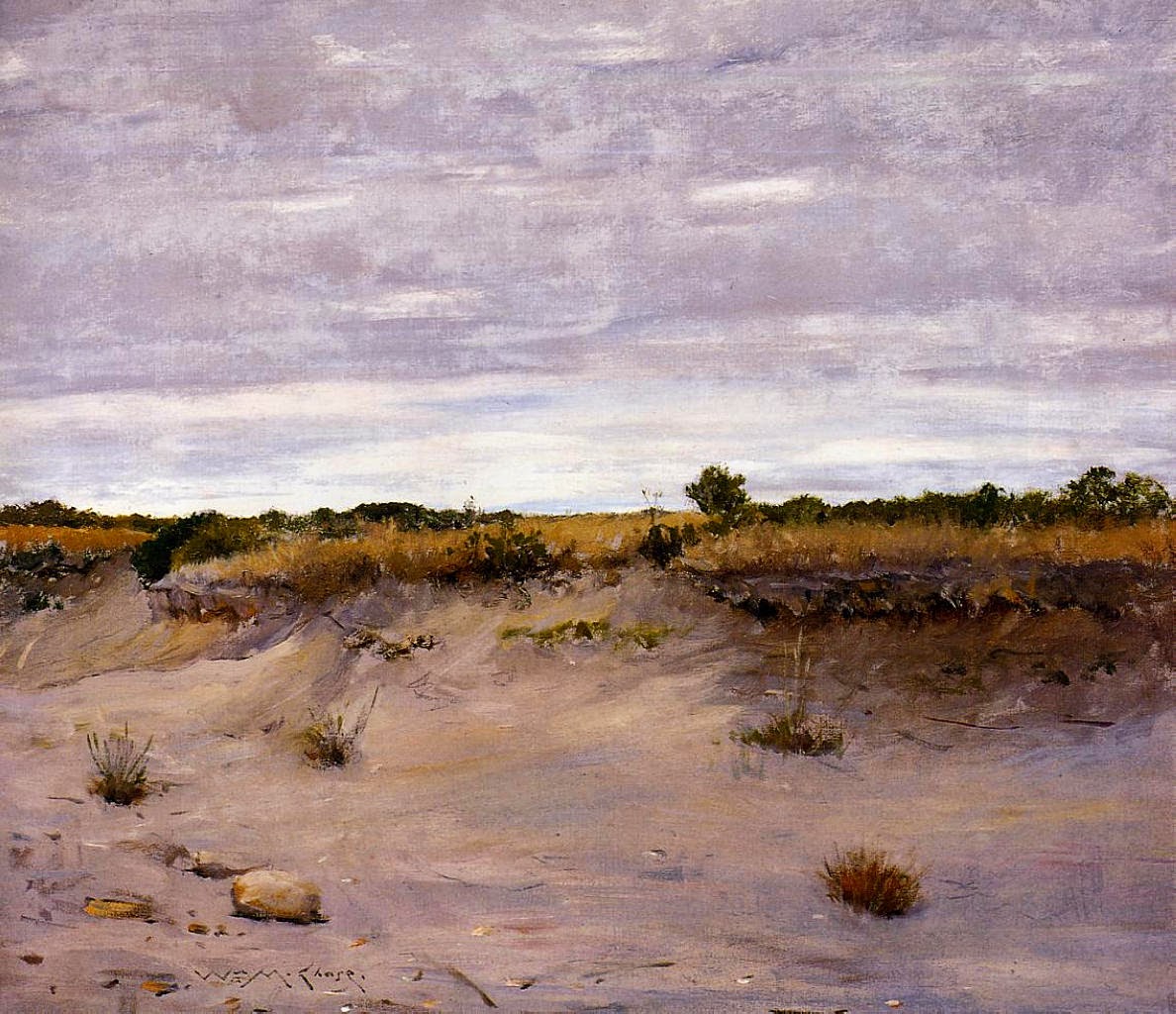 William Merritt Chase (November 1, 1849 – October 25, 1916) was an American painter, known as an exponent of Impressionism and as a teacher. He is also responsible for establishing the Chase School, which later would become Parsons The New School for Design. 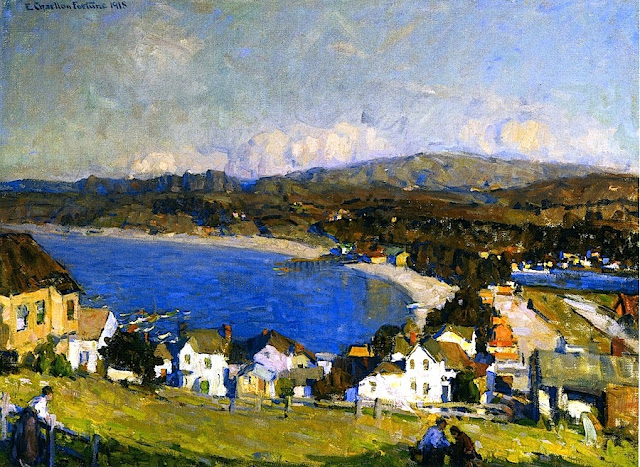 E. Charlton Fortune (1885–1969) was a famous California artist within the style of American Impressionism. Taught byWilliam Merritt Chase and Arthur Frank Mathews, she achieved international fame for her paintings. Later in life she turned to liturgical design, receiving further recognition in this second genre. 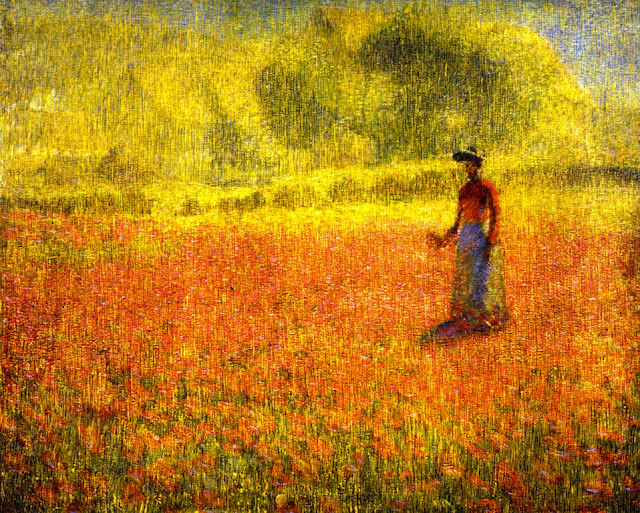 The Yellow Flower (The Artist’s Wife in the Garden), 1908 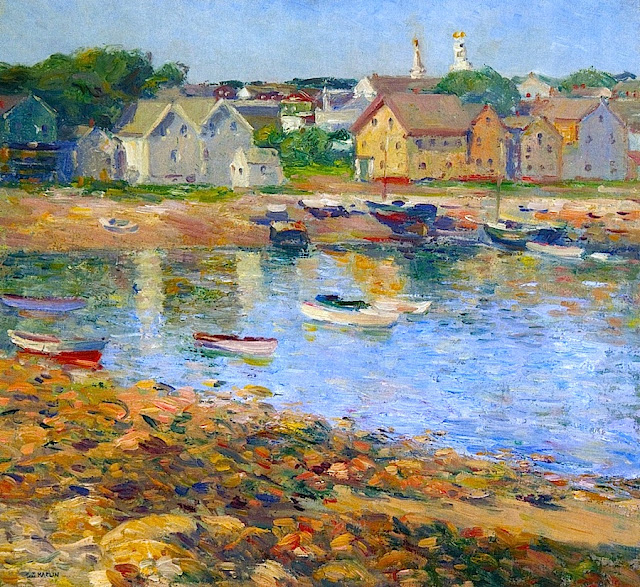 Charles Salis Kaelin (1858, Cincinnati - 1929, Rockport, Massachusetts) was an American impressionist painter. He studied under John Henry Twachtman between 1876 and 1879, after which time he moved to New York City and joined the Art Students League of New York. In 1893 he returned to Cincinnati and worked as a designer for several lithography companies. He moved to Rockport, Massachusetts in 1916, where he painted landscapes and ships. His work is in the collection of the Cincinnati Art Museum, where he exhibited regularly throughout his career.
Pubblicato da Unknown a 12:19 AM