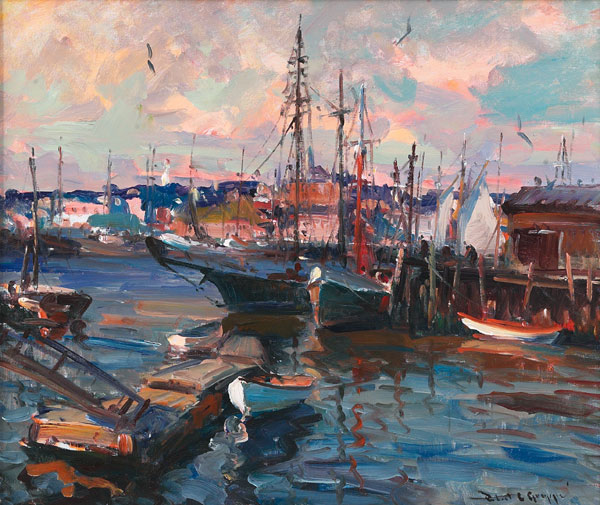 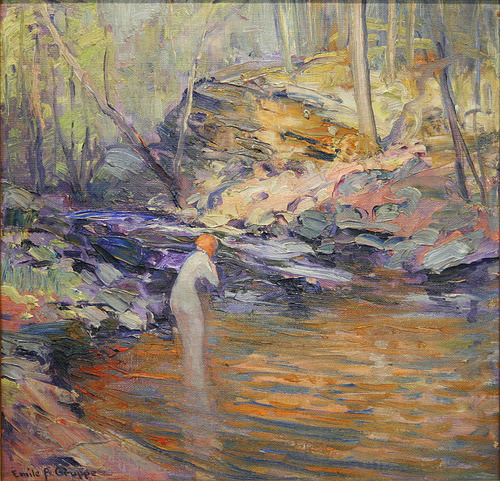 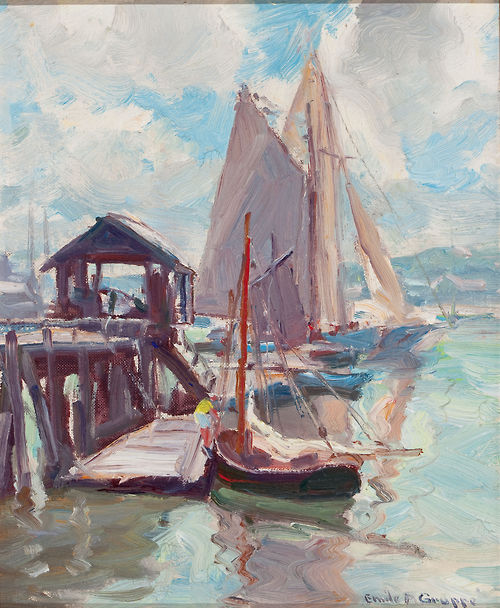 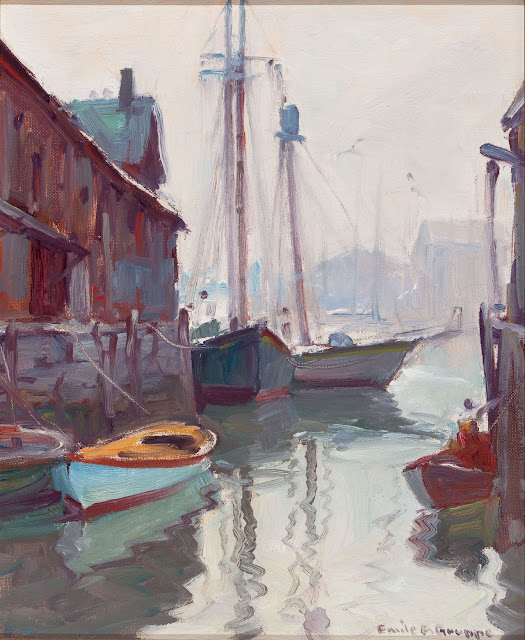 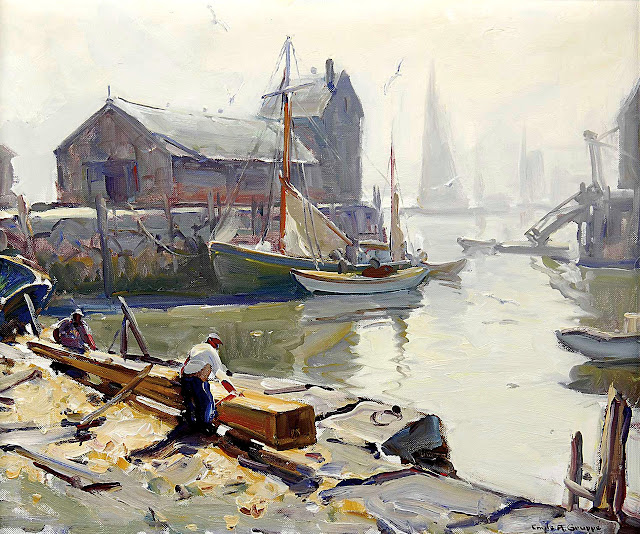 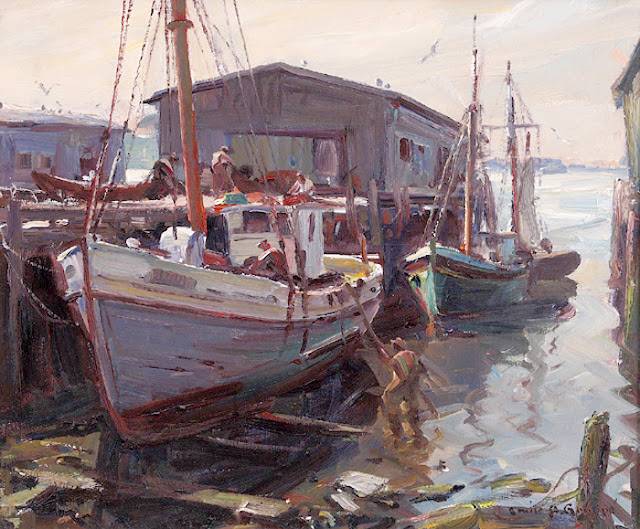 Emile Albert Gruppé (1896–1978) was an American painter born in Rochester, New York to Helen and Charles P. Gruppe. He lived the early years of his life in the Netherlands as his father Charles Paul Gruppe, painted with the Hague school of art and acted as a dealer for the Dutch painters in the US. The family returned permanently to the states around 1913 when rumblings of World War I were brewing. All of Emile’s siblings established themselves in the arts.

Gruppe's artistic career began in 1915 but was briefly interrupted in 1917, when he spent a year in the United States Navy. He made his permanent studio in Gloucester, Massachusetts and became a member of the Cape Ann school of artists.

Although Gruppe is best known for his variety of impressionistic landscapes, he also painted figures and portraits. His modern style was largely inherited from the French Impressionist Monet. "Lily Pads," date and location unknown, one of Gruppe's landscapes, attests to Monet's influence; it is similar to some of the paintings in Monet's "Water Lily" series.