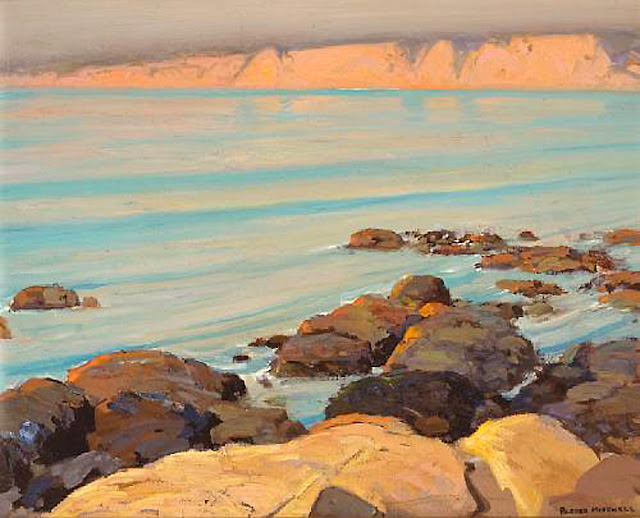 One of San Diego's most important artists, Alfred Mitchell prospected for gold and drove a stage coach in Nevada before coming to San Diego in 1909. He first studied under Maurice Braun before heading east to the Pennsylvania Academy of Fine Art. After his academic training and a tour of Europe on scholarship he returned to San Diego in 1920 and stayed here for the rest of his life. The "Dean of San Diego Artists", Mitchell was the co-founder of the La Jolla Art Association and an influential teacher in addition to his acclaim as a painter. For more information on Mitchell you can see Memories of Alfred R. Mitchell 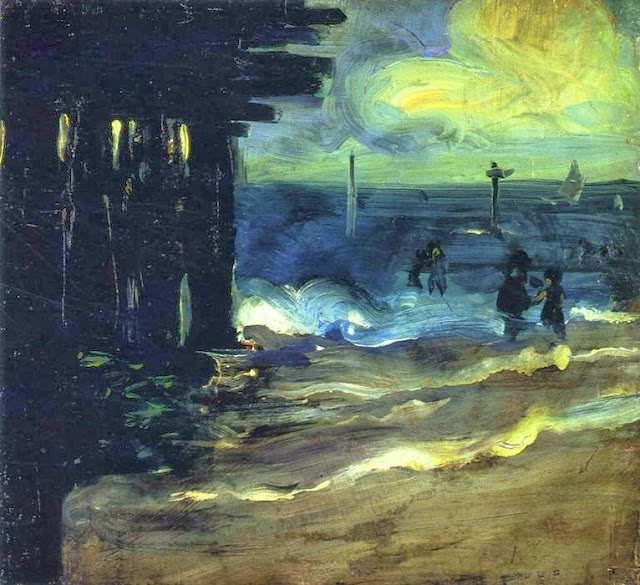 Alfred Henry Maurer (April 21, 1868 – August 4, 1932) was an American modernist painter. He exhibited his work in avant-garde circles internationally and in New York City during the early twentieth century.
Highly respected today, his work met with little critical or commercial success in his lifetime, and he died, a suicide, at the age of sixty-four.

William Herbert Dunton, Composition for ‘Sunset in the Foothills’
OIl on canvas, 16 x 20 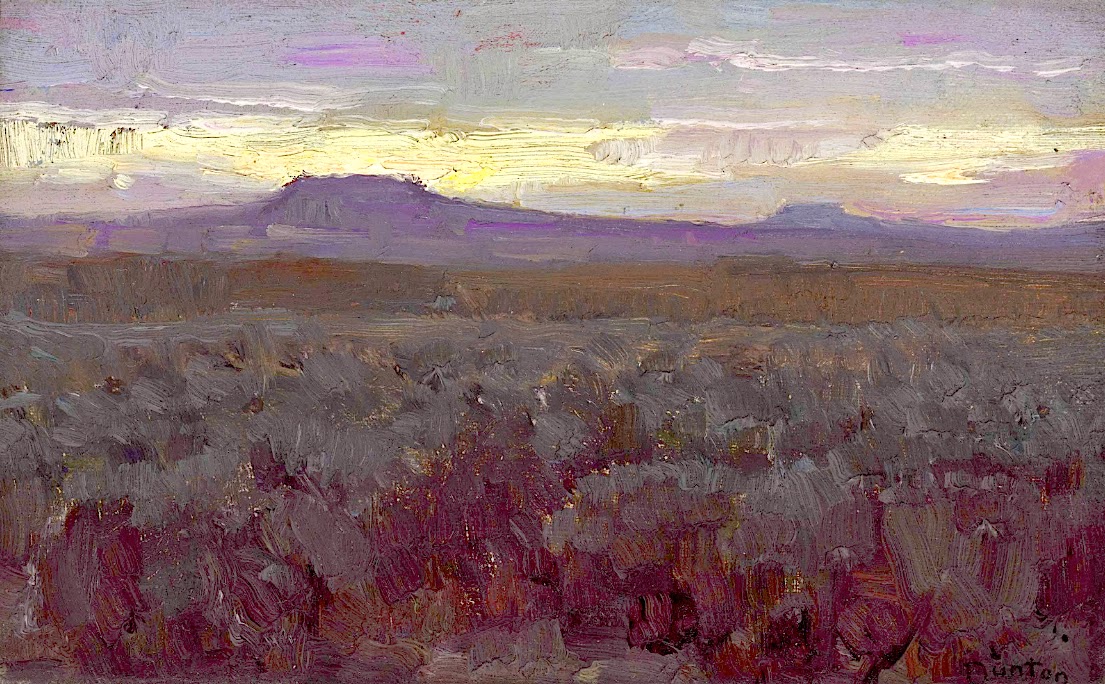 William Herbert "Buck" Dunton (28 August 1878 – 18 March 1936) was an American artist and a founding member of the Taos Society of Artists. He is noted for paintings of cowboys, New Mexico, and the American Southwest. 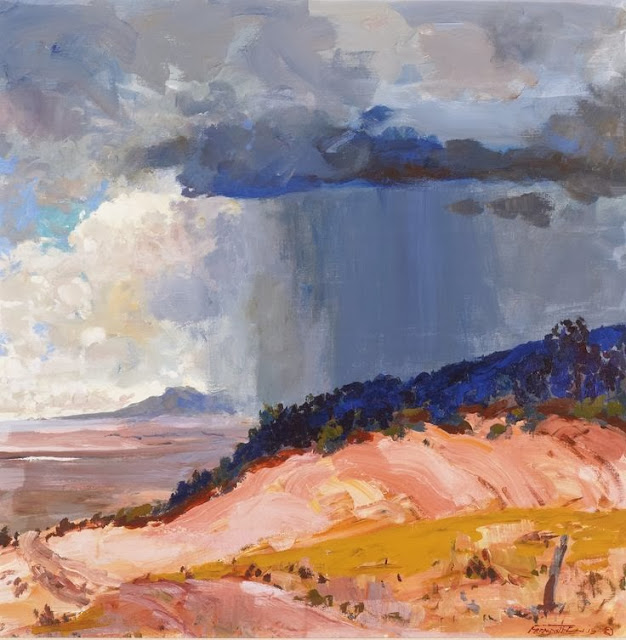 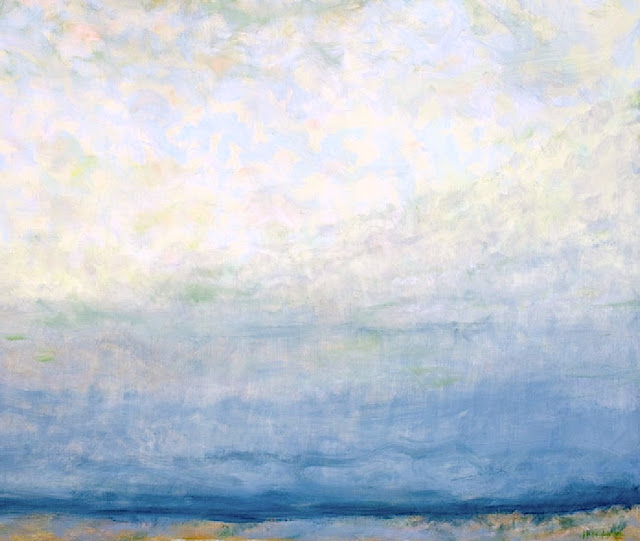 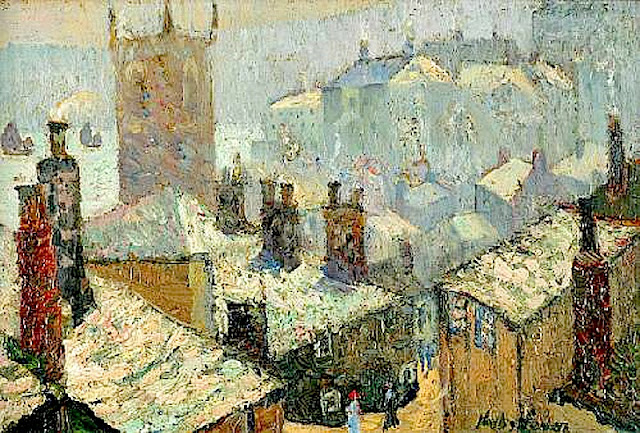 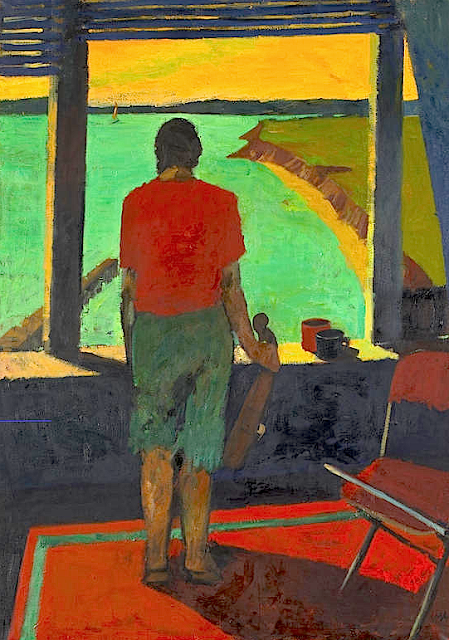