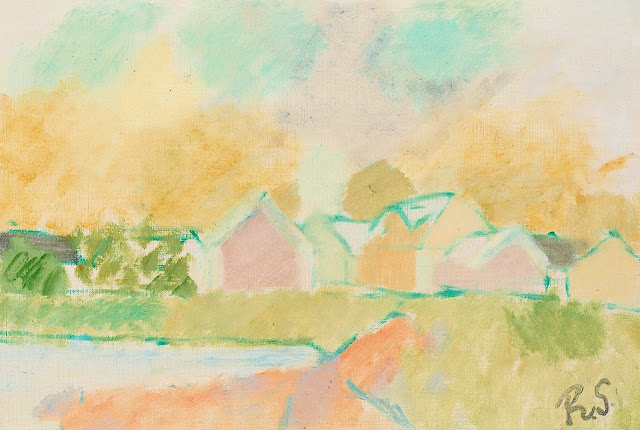 Coast, with white House and Boats 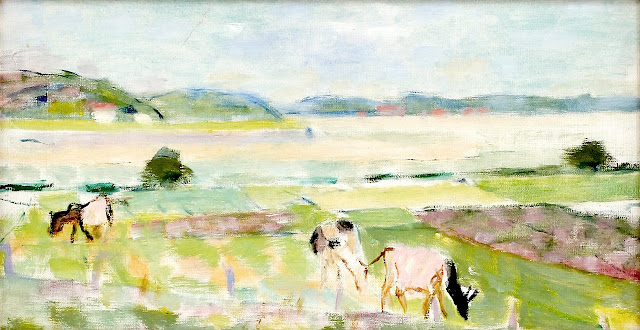 Cows in the Green 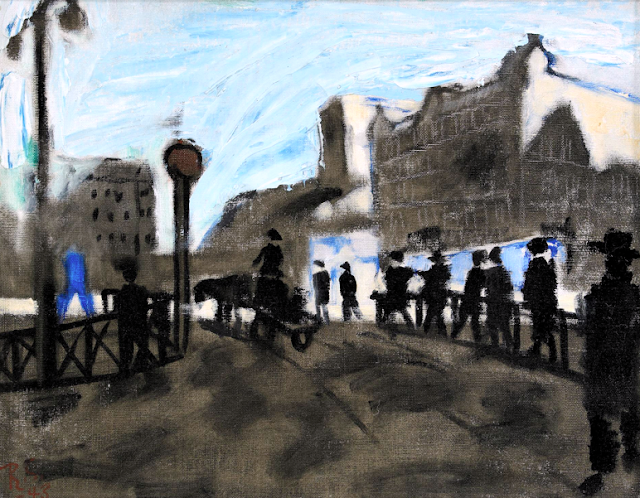 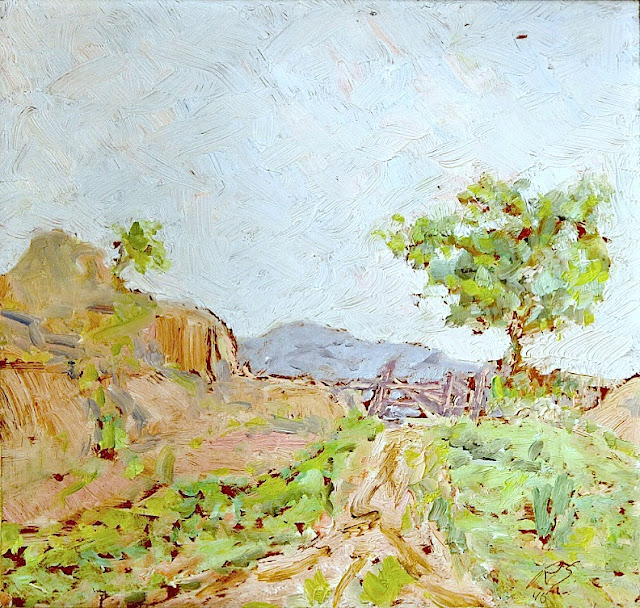 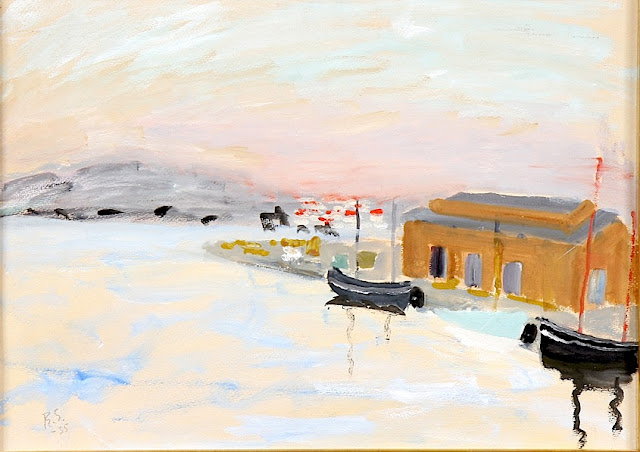 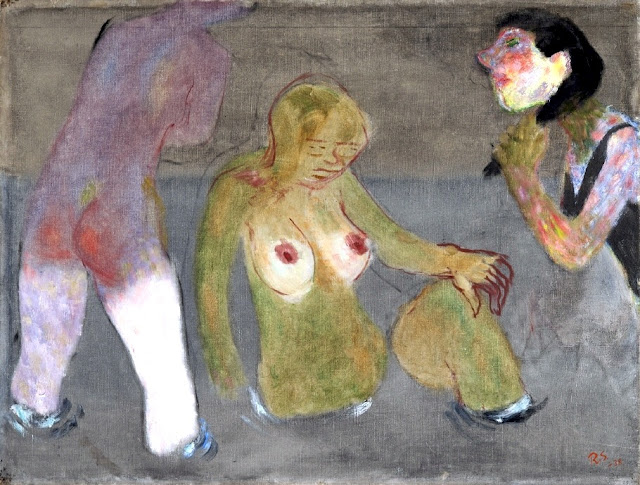 Ragnar Sandberg (born Bohuslan, Sanne, Sweden 1902; died 1972) was a Swedish painter. He studied at the Valand Academy under the tutelage of Tor Bjurstrom. A member of the Goteborg Colorists, known for their heightened use of color and same educational background, Sandberg had his first exhibition with other Valand pupils in 1927. Also keenly interested in literature, Sandberg considered turning away a painting career and becoming a writer before meeting up with former classmate Ivan Ivarsson, who inspired him to start painting again. His painting style in the 1930s can be described as cheery, bright, and colorful, often depicting spontaneous scenes that capture the immediacy of everyday life. In the 1940s however he introduced grays and muted colors into his palette and created more structured compositions, resulting in paintings of a more restrained nature. In 1947 he moved to Stockholm where he became a professor of drawing and painting at the fine arts academy, and has exhibited in both solo and group exhibitions in London.