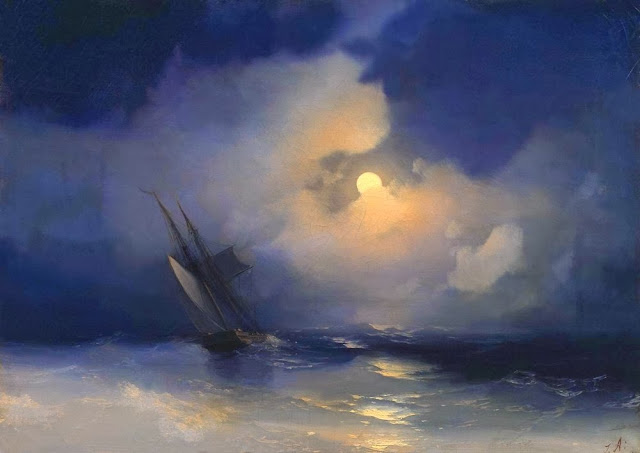 Storm at Sea on a Moonlit Night

Ivan Konstantinovich Aivazovsky (Russian: Ива́н Константи́нович Айвазо́вский) (July 29, 1817 – May 5, 1900) was a Russian painter, based in his native Crimea, best known for his seascapes, which constitute more than half of his paintings. The Ninth Wave is his "most celebrated work.". Aivazovsky is considered one of the most prominent Russian artists (especially in marine art) and one of the greatest marine artists of the 19th century.