Jonathan Kis-Lev (born 1985) is an Israeli artist, peace activist, and former actor. He is mostly known for his colorful naïve paintings, which have granted him recognition in Israel,and have become part of major art collections, including the collection of Bank Leumi, one of Israel's largest banks.Kis-Lev is also the president of the Israeli League of Young Esperanto Speakers. 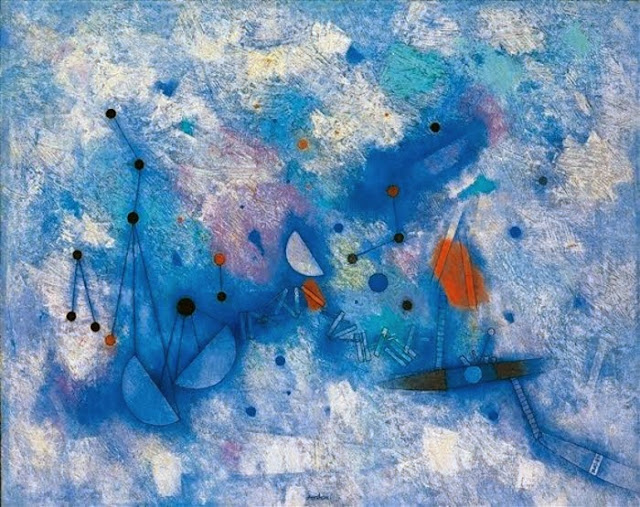 
Mordecai Ardon (Hebrew: מרדכי ארדון‎, July 13, 1896 – June 18, 1992) was an Israeli painter.
He participated in the Venice Biennale of 1968.
Beginning in the 1950s Ardon adopted a complex system of symbolic images in his paintings, taken from the Jewish Mystical tradition (Kabbalah), from the Bible and from a tangible reality. In his painting "Gates of Light", for example, he expressed "the inner mystery and timelessness of the landscape." His work seeks to impart a cosmic dimension to the present, linking it to antiquity and mystery. The same approach can be found in "At the Gates of Jerusalem" (1967), which shows the attempt to "convey his feelings about the cosmic significance of Israel’s return to the Old City of Jerusalem during the Six-Day War". "Bird near a yellow wall" (1950) demonstrates his simplistic involvement with the Holocaust, a subject to which he was one of the few Israeli artists to devote a phase of his work, at that time.
http://en.wikipedia.org/wiki/Mordecai_Ardon
Pubblicato da Unknown a 11:10 PM